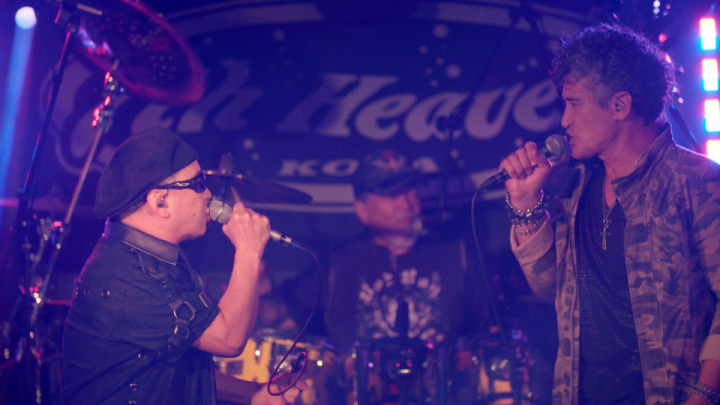 This is an Okinawan rock documentary film about the legendary Okinawan rock band Murasaki.
Formed in Okinawa in 1970 with George Murasaki at the helm before Okinawa's reversion to Japan, the group released its first album MURASAKI in 1976, which broke new ground in the history of Japanese rock music. The band became a leader of the music scene at the time, being named the number one Japanese group in 1977 by the music magazine Music Life.
In 2007, the members of the band's heydey reunited and welcomed new members JJ and Chris. They celebrated their 50th anniversary in 2020. The band was forced to cancel a their 50th anniversary concert due to the COVID-19 pandemic, and the band went on hiatus. The band members decided to keep on going despite the situation and produced a new album. They played the commemorative live concert over a year later. Many musicians, including LOUDNESS and Hironobu Kageyama, who experienced MURASAKI's mainland debut firsthand, Seikimatsu II and PATA (X JAPAN), who were influenced by MURASAKI, and BEGIN, who imitated MURASAKI on Ishigaki Island, will share their thoughts on the band's activities since its formation, the economic climate during the Vietnam War, and the excitement of Okinawa's return to Japan.
The film not only features MURASAKI's powerful live performance, but also Akira Takasaki and Hironobu Kageyama performing MURASAKI's famous song DOOMSDAY together, as well as JJ and Minoru Niihara passionately singing BORDERS DRAWN IN BLOOD. The film is directed by Takanori Noda of Nankuru Naisa, the first movie starring Sachiko Nakada, the queen of Okinawan comedy. 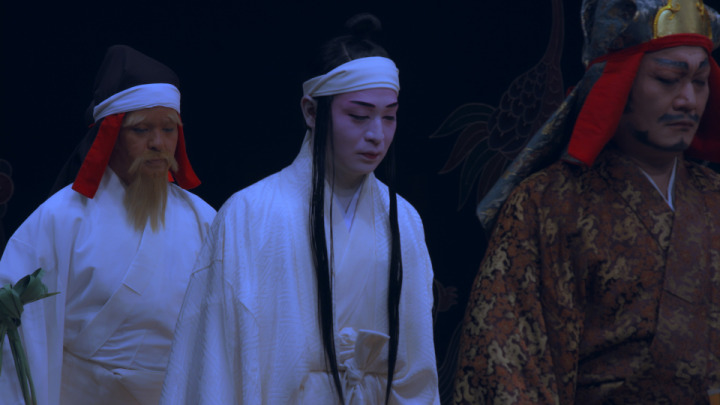 "Cinema Kumiodori" is a project which attempts to view Kumiodori, a traditional song and dance performance that has been handed down for about 300 years, with a new perspective. The "Kokonomaki" is one of the five pieces by Tamagusuku Chokun, the founder of Kumiodori, and this depicts the contrast between "stillness" at the sorrow of parting and "movement" from the ferocious breathing of fire by a serpent, and is mesmerizing to watch. Top staff supporting film production in Okinawa gathered together and have succeeded in capturing all the charm of Kumiodori on film, including its stylistic beauty, the delicate expressions of the tachikata (dancer), which are normally not seen on stage, its tense jiutai (Noh chorus) music, and flowing dialogue.
At the beginning of the program, guide Satsuki Miyagi introduces the history and highlights of the program, so that those who are new to kumiodori can enjoy the performance without any prior knowledge. The film is directed by Takako Miyahira, director of "Looking for Anne."
The story of "Kokonomaki" is as follows: A sister and brother, who have been living together in poverty, decide to sacrifice themselves to save their mother in order to appease a giant snake that brings misfortune to their village...

In 1970, Okinawa of Japan is under the rule of the United States. Contrary to the excitement of Expo'70 on the mainland, the frustration of the oppressed islanders swell day by day. Despite the heat of the times, Takeru and Koken lazily pass the time on the rooftop. What are they here for? Before long, the sun goes down and night falls on them... 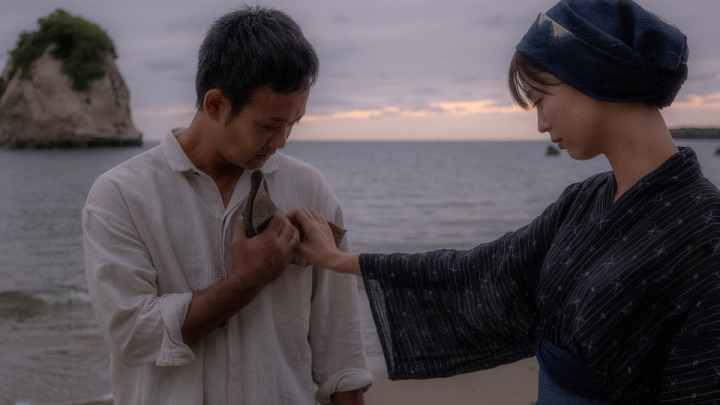 The Iriomote wildcat is only found on Iriomote Island. The island's youth feel threatened by the fact that traffic accidents are not decreasing. One day, a mysterious girl appears in front of a young man. She doesn't speak, but is a beautiful girl who sings island songs and does handiwork. Some people who dream of getting rich see the beautiful paper that she makes and develop a plot. Who is she? Is it her purpose to benefit people or to get back at them? So can people live on Iriomote Island together with the wild cat?