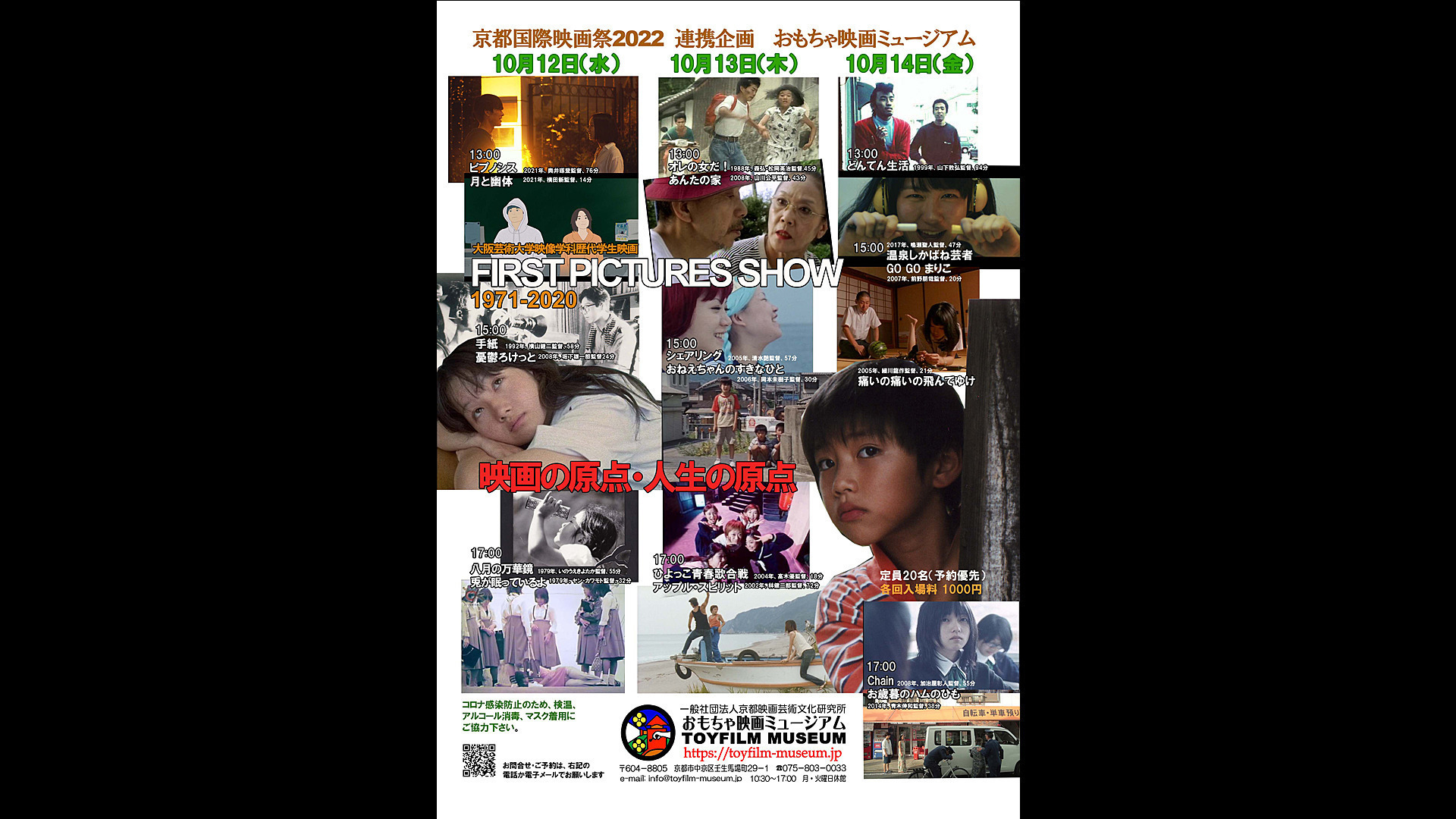 Over a span of two years, from April 2020 to March 2022, the Toy Film Museum screened one film by past graduates of the Visual Concept Planning Department at the Osaka University of Arts once per week. The idea of this event is to select and rewatch a portion of these 100 or so films.

The event will be hosted by the Toy Film Museum in collaboration with the film festival.
The films are so well made that they ought to be included in the film festival’s official program. However, the COVID-19 pandemic is still ongoing, so we hope to develop a program for showing these and other university films in the future, once the festival has returned to its normal state.